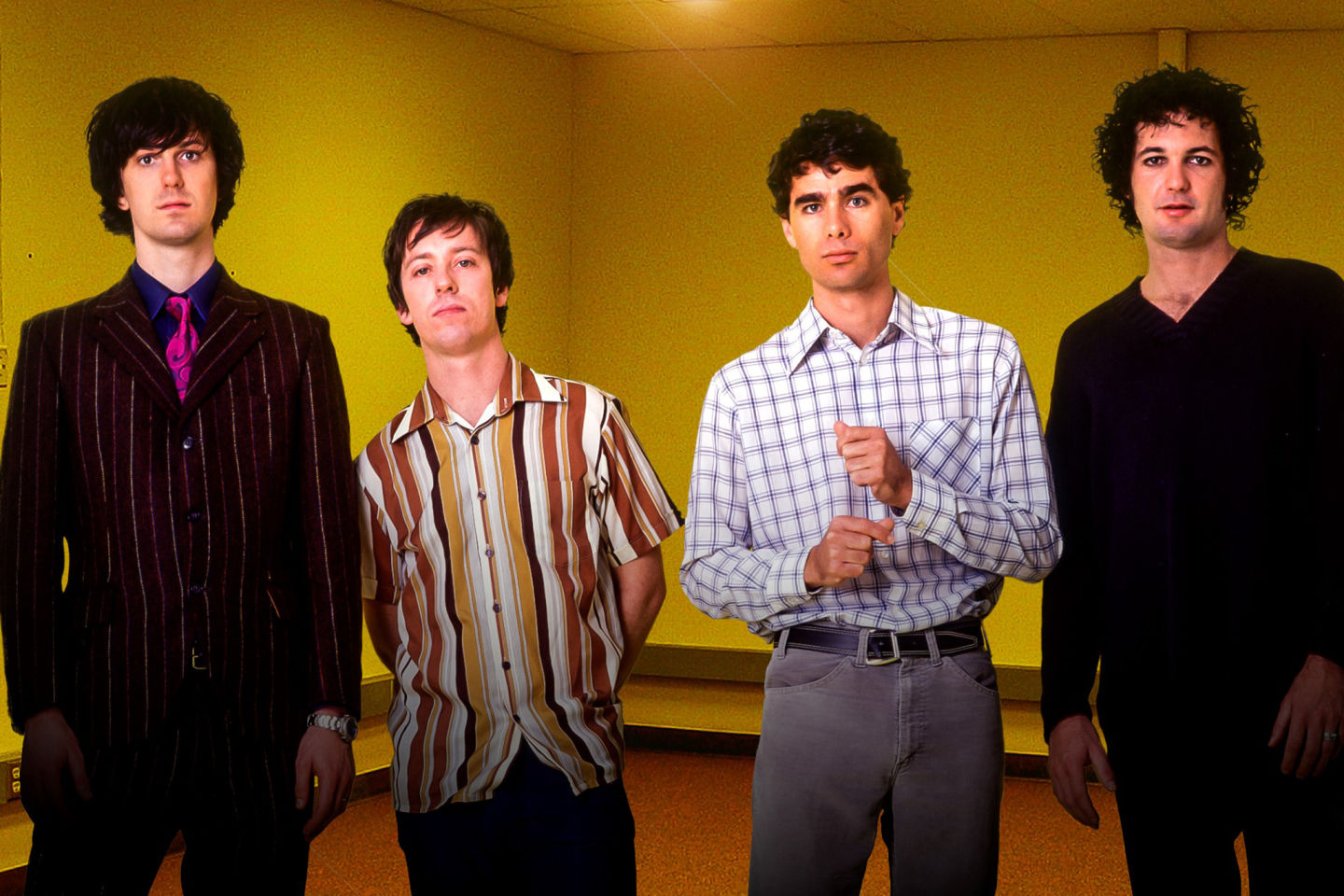 Custard, originally scheduled for Saturday 14 August 2021 at The Tivoli will now be held at The Princess Theatre on Saturday 19 March 2022, new door time of 4pm.

“With the ongoing escalation of NSW cases, and the general scale of uncertainty brewing across the cultural landscape, CUSTARD have taken the most proactive move based on the lack of date availability relative to everyone else having to move dates and relocate. We have moved the tour timeframe to FEB/MAR 2022.

We apologise for the inconvenience involved in such a drastic decision and completely understand if you need to forego tickets until closer to the new dates. Otherwise huge thanks to all who stay on the bus with us - it will eventually make the requisite stops! Summer timetable now available. In the meantime stay safe and sure."

Your tickets for the Tivoli will be valid for Saturday 19 March 2022 at The Princess Theatre.

If you require a refund, please follow the steps here. It is imperative that you follow the instructions to ensure your request is actioned correctly. Refund requests must be submitted prior to 5pm on Saturday 17 September 2021.

East coast band Custard are preparing to embark on a staggering run of shows to promote their 2020 album “Respect All Lifeforms”.

“Sure, I admit we have pretty much missed the boat on this one and it feels like we are pushing our old shit up a rather steep incline” said lead singer Dave McCormack, “but we hope there are enough old bastards out there who will be willing to spend their hard-earned cash to see us play a bunch of songs that are about 30 years old”.

“We have been infuriated by the lack of attention given by the mainstream media to our extended hiatus” reported lead guitarist and band accountant Matt Strong. The band intend to purchase a string of bus shelter advertising space. In an heated telephone exchange, bassist Paul Medew said “We believe that is the future for us. Social media isn’t really our thing. Our groundswell support comes from public transport clients. We know that for a fact”. At the last AGM, Custard shareholders expressed their disappointment with Big Tech’s coverage of the band's sabbatical and unanimously decided spend up big on bus shelter advertising and possibly a letter box drop.

Taking big steps requires genuine commitment and if the direct intention is to future proof the musical environment these specialists spend their lives immersed in then we must embrace this moment and reshape all forms into a highly impeccable amalgamation. Respect is earned off the back of collective wellbeing. Custard will take whatever they can and bring you to this new level. We thank you for your custom.

As a brief segue - the video planner for latest tune COUPLES FIGHT was captured during the recent lull in activity. Taking advantage of a brief loophole the group adjourned to a tightly limited capacity local RSL club and did what they do best - respect all lifeforms. Find your table, pull up a seat, sit back and enjoy the shadow play.

Twenty twenties RESPECT ALL LIFEFORMS had its genesis in Perth, where Custard was booked to play a festival in March 2019. Not due on stage until the evening, Glenn booked the band into Fremantle’s Poons Head Studios. By day’s end, they had eight songs, six of which ended up on the record. It was a magical session, which included an unforgettable encounter with an enigmatic character named Cowboy John, who wandered into the studio. He provided the album title and ended up on the cover. David, Glenn, Paul and Matthew have been called many things during their storied career – indie-pop weirdos, the kings of kitsch, Australia’s pop jesters, and “as a band, they are a little like a mullet in reverse: party up the front, all business at the back”. But eighth album Respect All Lifeforms shows they’re just a damn fine pop band. As Glenn declares, “I like to dance around to almost any sound.”